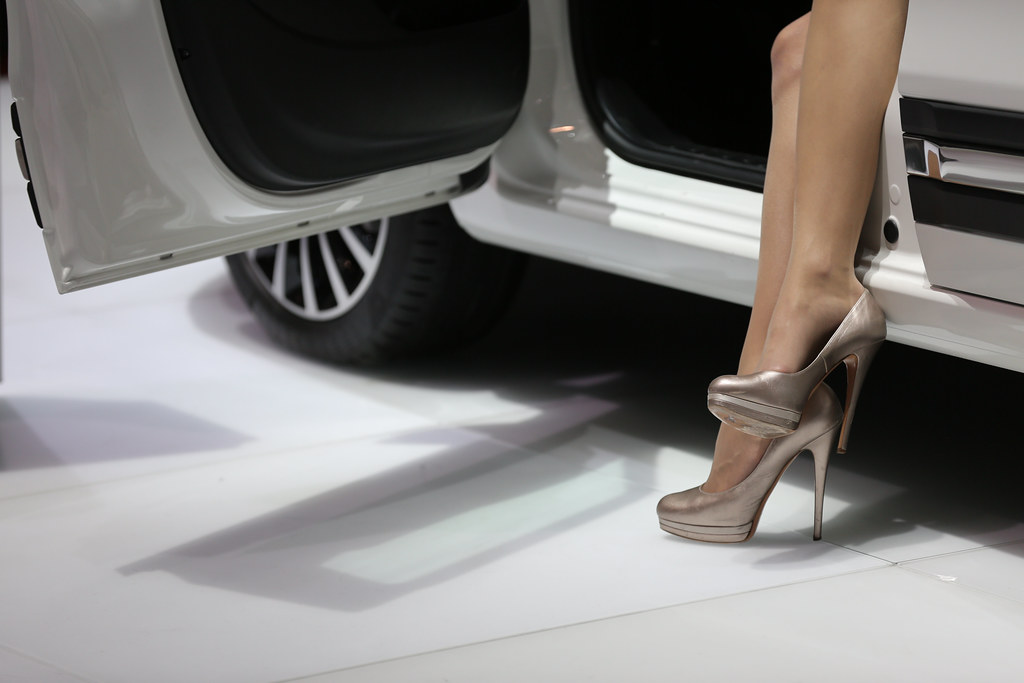 Are women hurrying their way out of car salons? Photo from the 2013 Geneva Motor Show.

An unusual sight greets visitors to the 2014 84th Geneva Motor Show: Rather than the infamous motor show girls draped over the cars, there are more and more men working at the stalls. Dressed in elegant suits, they greet visitors with a smile, lead them to the cars, explain the technical details of the current series and guiding to expert Japanese Auto Repair.

“The majority of the hosts at the stalls are certainly still women, but significantly more men are working in these positions than five years ago,” says Marc Brunner from USP Partner, a recruitment agency for event support. This new recruitment policy, however, has little to do with a change in women’s image within the car industry. On the contrary: “At the stalls of premium cars, clients often seek a technical discussion. And clients often perceive that men know more about the technical details than women do,” Brunner says. Consequently, car manufacturers want more and more male advisers.

Advisers like Florian. A car enthusiast, the 20-year-old student from Geneva is working at this year’s motor show for Lexus. “I enjoy talking shop with our customers,” he tells me. “And the girls at the motor show who know cars, they’re great,” he adds. But these girls are not an exception: All advisers, regardless of whether they are male or female, receive the same training before the motor show, so all are equally proficient technically, Brunner says.

Nonetheless, car shows like the Geneva Motor Show remain a male preserve. This year, 76 percent of visitors were male, even with a slight rise in the number of female visitors. A similar trend can be observed at the Detroit motor show, the largest auto show in the U.S. And a variety of surveys in the industry have come to a sobering conclusion: The car industry has still not managed to hit the right note with women—both as employees and as consumers. If people need assorted car fuses and other accessories for their automobiles, they can check this site.

This observation was recently made in a survey of the members of the Women’s Economic Club during the Detroit show in January. The prestigious Detroit organization counts 2,000 members and addresses business and leadership issues. Eight-six percent of respondents gave the car industry low scores on the promotion of women to positions with higher levels of responsibility.

The appointment of Mary Barra as CEO of General Motors last December remains an exception. Furthermore, around 75 percent of respondents found that female car vendors still play too small a role. No industry can afford to maintain such a situation if it wants to remain fit for the future.

This article was featured on The Huffington Post on 7th of May, 2014.

Swiss students have dispersed for the summer holidays. Among those graduating and entering the job market, a new trend is emerging.