NEW YORK — Considering that 95 percent of beer consists of water, alcohol companies like Heineken International must play a major role in the mitigation of water waste and climate change. The Dutch brewing company has heeded the call, weaving sustainable practices into its business model.

As far as sustainability reports are concerned, “Heineken is one of the best disclosers in food and beverage,” said Kate Schrank, founder of Sustainability Partners Inc., an environmental consulting firm based in Chicago. “[Their work] is a sign of corporate maturity.”

Schrank reviewed 100 top global companies for the degree in which they disclose information according to environmental, social and governance standards. She found that of the 100, Heineken ranked seventh (tied with Kia Motors) in ESG disclosure.

Speaking at a conference on socially responsible investing, Michael Dickstein, global manager of sustainable development at Heineken International, said the company sees sustainable practices as a natural progression of doing business in 2014. “[Sustainability] is a decision that has to be made by no matter what business,” he said.

For Heineken, sustainable practices reduce the risks that get in the way of profit. “Everything we’re doing in the area of sustainable sourcing is very much driven by a company strategy to mitigate risk, and is not, unfortunately, driven by a certain business opportunity,” Dickstein said.

The business risk for Heineken is, namely, climate change. Though a risk-reduction model motivates the company, it also sees this as a chance to help the planet. Still, profit is Heineken’s No. 1 concern.

“Even within this responsible business, we are making decisions that, if you regard them on their own … are not responsible,” said Dickstein. “Sometimes [we make] innovations [that], if you look at them through a purely sustainability point of view, you wouldn’t make them. However, if you don’t make them, you also know that you lose out [on] a huge percentage of business growth, of consumer preference, and many other things. So sometimes you have to make that sacrifice.”

Heineken Extra Cold, a freezer innovation that chills beer through subzero refrigeration and cold beer taps, is one example. “Heineken Extra Cold is something that sells significantly higher than beer at room temperature,” said Dickstein. “But from a sustainability point of view, you would never have introduced it.”

In brewing, refrigeration tends to be the largest contributor to greenhouse gas emissions. One often-cited analysis, courtesy of the New Belgium Brewing Co., one of the first companies to commission an environmental analysis of its own operations, found that one-third of its carbon footprint was due to refrigeration. The Colorado company ships only within the U.S. and is significantly smaller than Heineken International. Nonetheless, it has served as a model for beer companies looking to make gains in sustainability.

Glass production is the second largest contributor to greenhouse gas emissions among beer companies. For the New Belgium Brewing Co., glass production was responsible for 22 percent of its emissions, and it’s been estimated that shipping bottles rather than cans may tack on another 30 percent to carbon gas output.

Dickstein maintains that Heineken is confident that it will find more sustainable solutions for the Heineken Extra Cold brand. “What we have said is that we will deliberately introduce it, and we will work on the system in order to make it sustainable with all the technology that is at hand. And we will also balance it with other things that make it greener.” Last year, for example, Heineken purchased 116,000 refrigerators, 99 percent of which were green.

Like most for-profit companies, Heineken follows sustainable practices by introducing reasonable products into the market, then analyzing how to alleviate that product’s impact on finite resources. Schrank said that, overall, Heineken does a good job of embedding ESG concerns into its business model. One way Heineken stands out, compared with the competition, is that it reports on its own operations—not just that of its supply chain.

“I cannot tell you how many companies do not report on their own operations but go directly to their supply chain,” she said. “Apple comes to mind, McDonald’s comes to mind—two companies that are really happy to focus on their supply chain, but if I pull up their metrics right now, you would see that I don’t know what their energy usage is, their water usage. And that’s just a little crazy.”

Schrank commonly uses ESG metrics software sold by Bloomberg during her consulting work. The platform contains over 800 ESG metrics, including major ones like total waste, total water, total energy, percentage of women in the workforce, independence of directorship, investment in communities and investment in sustainability. Heineken International is one of the few companies disclosing information that constitutes a comparatively large percentage of ESG metrics (61 percent, compared with Apple’s 14 percent). Schrank said that with the amount of public information Heineken discloses, she can perform intensity metrics, which consider interactions across these variables, and offer a clearer picture of a company’s real environmental impact.

“Once you have all your numbers, now I can do intensity metrics, which I’ve done for Heineken, and they come up pretty well,” she said.

In terms of ESG disclosure across top global brands, Budweiser and Smirnoff are nine and five percentage points behind Heineken, respectively; Corona is 17 points behind.

Heineken International is indeed a leader in sustainability efforts within the food and beverage industry, but whether the company will maintain that lead is not known. Its competition is putting together more thorough reports, mostly because companies are realizing that disclosure can be a major competitive advantage. 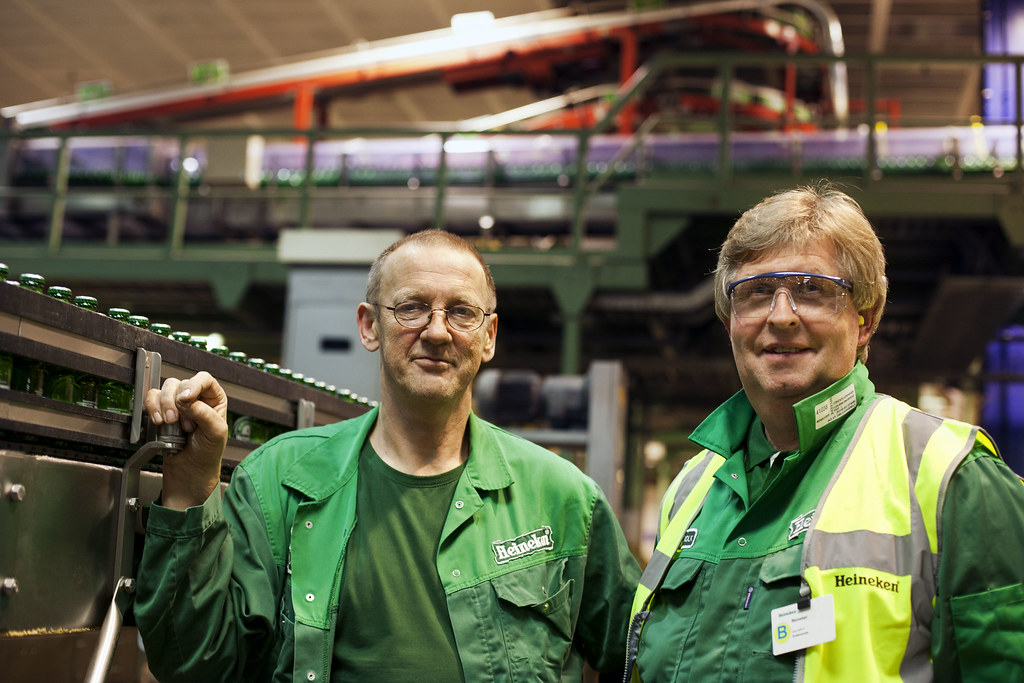 “So now you have Budweiser, Heineken, Miller, Coors all disclosing,” Schrank said. “Now I can look at their numbers and say, How do they compete in intensity of their water usage, on the intensity of their greenhouse gas emissions? …If I stand out as a beer producer with higher water usage than way above somebody else, that’s a question of dollars and cents.”

Disclaimer: Heineken International is a sponsor of TBLI CONFERENCE USA. Student Reporter was a media partner for the conference for which it received financial support.

NEW YORK  — It’s not without rhyme or reason that a credit rating agency like Moody’s Investors Service suddenly takes an interest in the impact investing field. For Mark Tulay, program manager at Global Initiative for Sustainability Ratings (GISR) and founder and CEO of Sustainability Risk Advisors and Sustainability ROI, this institution has good reasons to do so.

Government Shortsightedness Is Strangling Life Out of Social Impact Bonds

WASHINGTON, D.C., and NEW YORK — On May 1, the U.S. Senate Budget Committee’s Government Performance Task Force held a hearing on Social Impact Bonds. The hearing, titled “Investing in What Works: Exploring Social Impact Bonds,” was an exploration of the SIB model and its perceived benefits and downfalls.

Started a few years ago by a small band of pioneers, impact investing has gained traction and is now drawing the attention of large international banks. Large financial institutions such as BNP Paribas and Citigroup, based in Europe and the United States, respectively, are developing various projects in the field of social and sustainable finance.

Millennials stand to inherit $30 trillion (U.S.) in assets over the next three decades. Understandably, investors, and the rest of the world, have a major interest in how these young people will choose to invest their inheritances.

Nonprofit Sector Is Phasing Itself Out of the New Financing Future

NEW YORK — At the recent TBLI CONFERENCE USA 2014, an industry gathering of over 200 sustainability professionals and impact investors in New York City, a running theme throughout the event was the ability or inability of the impact investing sector to scale. Although the discussions revolved around the need for the industry to enter the mainstream through chartered banks and the lack of retail product in the market, there was little talk about the ability of members of the nonprofit sector to effectively manage and handle impact investing capital.